The Grand Finale has concluded.

Final Results are now under review!

Ride it sends out a positive message showing that you don't have to pretend to be anyone else to get that girl. Becoming #1 on radio.

<div>Hi everyone,</div><div>This is my submission for the Grand Finale of MusicStar, an acapella version of Mamma Mia originally sung by ABBA. </div><div>Since it was challenged to come up with a unique and a creative concept for the final, I did some background research </div><div>on current trends. After shortlisting all options, I decided to make an acapella for an the song Mamma Mia. I chose this song because I watched the Mamma Mia 2 movie and loved their version of the song and the energy it represented. Because I love to sing in other languages, I found the Spanish version and thought of mixing the two together.  So my final concept was to make an English-Spanish mixed acapella of </div><div>Mamma Mia song.</div><div>I, alongside with my production team, started on making the track and it seemed pretty impressive at the demo stage, in which we managed to pull out a decent product. After exerting considerable amount of time, yet under 5 days we managed to complete and submit the track. We didn't use any instruments and all the sounds were created by me and my team. It wasn't a simple task but we are really happy with the outcome.</div><div><br></div><div>Ambitions : </div><div>It has been my childhood dream to make it to the music industry because I always wanted to do something that I enjoyed. And another dream that I have is to perform In my school auditorium (Girls' high school, Kandy). In 2017 I came to Colombo for my higher studies and got the chance to get to know Panchala Fernando & Sanjeewa De Silva, who were already paving their way in the music industry. I did some covers and mashups with them. We received some recognition over the mashups. </div><div>I further wish to continue to create unique music, make an influential impact to the society and to make my parents and my country proud by doing what I love.</div><div><br></div><div>Interesting Facts:</div><div><br></div><div>I'm mostly recognized for my ability to sing in different languages. I grew up listening to my mother and sisters sing, who were very talented in singing.</div><div><br></div><div>Credits : </div><div>I would like to give my gratitude towards the people who helped me out during journey of MusicStar. Namely, Sanjeewa De Silva and Kasun Gomis who did the music production, and I wish to convey my heartiest thanks to Panchala Fernando whom spent his valuable time tirelessly with his guidance and directing the whole production in making it a success. Last but not least, my family whom has been an immense strength in every which way. I would like to make this an opportunity to thank the MusicStar Team for organizing an event of this scale and giving the opportunity for musician like us.</div><div>A big thanks to all the followers, supporters and for the people whom voted me through to the finals. </div><div><br></div><div>Cheers!</div>

~ Despacito (Cover) | Nirmani Nayanathara ~ * This is a #cover song created with the combination of Original #Despacito Song Version (by Puerto Rican singer Luis Fonsi featuring Puerto Rican rapper Daddy Yankee) and the Despacito Remix (featuring Justin Bieber) Version. * A Reggae Touch is given to the Cover Song. * This is my first #Spanish song cover. Being a #Sri #Lankan #girl, using #Sinhala language as the mother tongue, I think I did my best to get familiar with the Spanish accent used in the #song along with the #rap and to pronounce the lyrics well. * I hope you'll find this interesting and give your precious vote, Thank You....! :)

Hey guys and girls! This is a cover song done by myself to the song “Dewliya” by Kumuditha Gunawardene. If you do like this cover pls do not waste a single minute to drop a vote to it❤️ Much love Thankyou

<div>Hello Music Star,</div><div><br></div><div>It’s Malinda G with Mottu The Sad Version For MusicStar Grand Finale. I thought of selecting such a song since I’ve performed it in front of Mr. Lahiru Perera and he has given me a good comment thus I came up with an official version of Mottu The Sad Version with a Video For MusicStar Grand Finale. The video concept was built by me with the aid of Lahiru Dilranga Silva a talented and humble cinematographer and editor in the industry. Here the Arachchila part was done by Mr. Palitha Amarasekara & Niranjala Swarnamali Performed the Daughter’s Character. Though it was a sudden concept I think it reflects our best effort to make it a success in an abstract way and specially I would like to thank Mr. Lahiru Perera For encouraging me for such a wonderful production. So Guys and Girls, feel free to give us your best comments and help me to win the grand finale at your most.</div><div><br></div><div>So let me to introduce me next. I’m an experimental musician in the industry, though I’m a very fresh guy for the field. I’ve done few of my own productions and the recent work is the Despacito Sinhala Version that was done as a tribute to Mr. Luis Fonsi, for his great achievement of 5 Billion Views on YouTube.</div><div><br></div><div>My Dream is to be a Professional, Experimental & Universal Musician and a Creative Engineer in advance in the near Future. You can reach me on YouTube, iTunes, Google Play Music, Spotify, SoundCloud, Deezer to know about my passion of music and to find my talents over there too.</div> 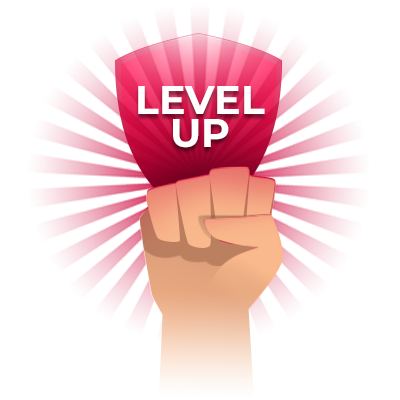 Fair and genuine voter behavior will be identified automatically by the system and rewarded with upgraded Voting Power. Unfair and irresponsible voter behavior may result in a downgrade of the Voting Power.
Simply, the more number of votes you give to the most talented performers on the site, higher the chances that your Voting Power will increase!